History of Indian Cinema dates back to 1896 as the very first films shot by the Lumiere Brothers were shown in Mumbai.

History, however, was actually created when Harishchandra Sakharam Bhatavdekar was influenced by the Lumiere Brothers’ production and ordered a similar camera from England. His first film, The Wrestlers, was shot at the sprawling Mumbai Hanging Gardens. It was a simple recording of a wrestling match which was screened in 1899 and is the first motion picture in the Indian Film Industry.

The onset of Indian Cinema

Dadasaheb Phalke, father of Indian Cinema, released the first ever full-length silent feature film ‘Raja Harishchandra’ in 1913 that met commercial success and was also screened in London in the following year. Interestingly, Dadasaheb was not only the producer but was also the art director, cameraman, editor, director, make-up artist and writer.

The early onset of Indian cinema notwithstanding, the initial growth of the Indian Film Industry was not as skyrocketing as that of Hollywood or Chinese cinema.

Beginning of the Talkies

The first ever talkie ‘Alam Ara’ directed by Ardeshir Irani was screened in Bombay in 1931 that kick started a new era in the history of Indian Cinema. Several production companies were set up leading to an increase in the release of the number of films. As many as 328 films were produced in 1931 as compared to 108 in 1927. By then, huge movie theatres were built and a significant growth in the number of audiences accompanied the same.

Besides the growth of Hindi Cinema, the regional film industry also made its own mark and flourished simultaneously. The first Bengali feature film ‘Nal Damyanti’ was produced by JF Madan in 1917, Italian actors playing the lead roles

Released on October 31, 1931 in Chennai, ‘Kalidass’, directed by HM Reddy, was the first Tamil talkie. Films in other languages including Assamese, Oriya, Punjabi and Marathi followed the suite.

Ayodhecha Raja, the first Marathi film also dubbed in Hindi, was also the first ever Indian talkie produced by Prabhat Film Company in 1932. 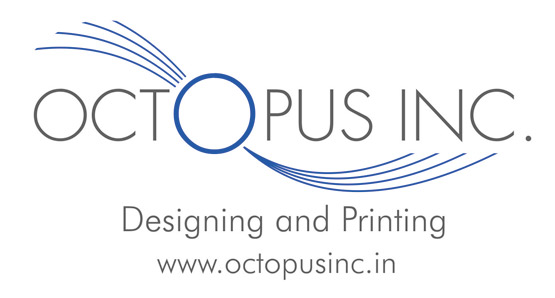 The birth of modern Indian Film industry took place around independence. The period witnessed a remarkable and outstanding transformation of the film industry. Noted filmmakers like Satyajit Ray and Bimal Roy made movies that focused on the survival and daily miseries of the lower class sending historical and mythological subjects to the backburner and the films with social messages began to dominate the industry.

Indian cinema is no longer limited to Indian territorial limits and is now being appreciated by international audiences as well. It is worth mentioning that dozens of film production companies are listed in National Stock Exchange of India. Indian cinema has an identity that is vivid, unique and unmatched and has upgraded from the black and white silent films to 3D.

Filmmaking projects are helpful for government when it comes to expanding the culture ties, attracting tourists and eventual hike in foreign investments in form of FDIs and FIIs.

Many countries, in an attempt to gain from the Bollywood market, after realizing the benefits derived from various Bollywood films shot in it, have also inked agreements promoting the shooting of Indian films in their territories. This list includes New Zealand, France, Switzerland and Canada.

In its bid to promote Indian culture and tourist spots, the government recently announced its initiative of providing monetary assistance to promote the film chosen as India’s official entry to the Academy Awards.

Under this provision, the Ministry of Information & Broadcasting (MIB) has announced film promotion fund to India’s official entry to the Academy Awards under foreign film category and also to the movies that are selected officially in a few major international festivals.

Many US states such as California, New York, Michigan, Nevada and Utah offer incentives to film and television production companies from India. Similarly, several Indian states have come up with their own aids when it comes to production films that are either shot there or revolve around themes related to them. Take a look!

Mumbai, being the film hub of the country, has many film studios and hosts a complete set of film festivals. That apart, the city has seen many iconic Indian movies being shot in it. The state government has provided five-year tax waiver to single-screen theatres under municipal councils and another seven-year tax exemption to those located in rural areas.

It has also sanctioned Rs 150 million for setting up of a film city in Chitranagari to serve as an alternative to Goregaon film city. With a view to enabling Indian and foreign tourists to take guided tours of film studios and sets while being able to get the first-hand experience of film shooting, Maharashtra Tourism Development Corporation has also announced a Bollywood tourism plan.

Eying the promotion of Gujarati as a language, Gujarat Government offers 100% exemption from entertainment tax for Gujarati films. A cash subsidy of Rs 500,000 is also disbursed to the Gujarati-language filmmakers.  A policy to attract more film shoots to the state and ease the procedures for film-makers is in the pipeline too. A single-window clearance desk to help filmmakers scout locations and provide them with logistic support is in the making.

Andhra Pradesh is the first Indian state to earmark 7% of the entertainment tax it collects to use it to develop films and arts in the state. The AP government has also given 7% concession on entertainment tax for low-budget Telugu films and 15% for the high-budget ones.

As per the AP government’s Animation, Media and Entertainment policy (2014–2019), incentives including cash reimbursement of Rs 500,000, lease rentals, power subsidies, etc., to makers of animation films too are offered.

The state government has augmented the award for national award-winning Kannada films from Rs 3 to 5 lakh. The government has decided to raise its subsidy to the Kannada film industry. The subsidy will now be given for 100 films than the previous allocation of 75.

Rs 10 million were granted to the producers of Dedh Ishqiya and Bullet Raja to attract other producers to the state. Dedh Ishqiya was also exempted from entertainment tax in the state. Films in the local dialects of Awadhi, Braj, Bundeli and Bhojpuri are to be given the same sops.

A single clearance window that will process requests for films to be shot in the state is in the making in West Bengal. Several subsidies are offered to cinemas/ multiplexes. New cinema halls are to be given an entertainment tax subsidy for up to two years.

Goa is the annual host of The International Film Festival of India. It sees the participation of various filmmakers from India and across the world. It already has a mechanism of single window clearance system and allows films to be shot anywhere in the state.

The state government is also reviewing a proposal that will allow filmmakers to claim up to 5% of the shooting costs incurred by them in Goa.

Pataliputra to Patna: A long journey

Succulents to help you breath better

But the sky hasn’t fallen yet, so who...

Water level of major reservoirs of the country...