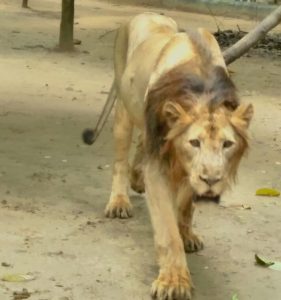 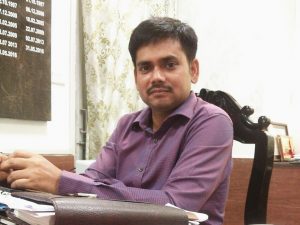 Director, Patna zoo, Nand Kishore had been working in Sanjay Gandhi Biological Park for past sixteen months. Speaking with Udipt Nidhi in an exclusive interview with The TrickyScribe Nand Kishore, a recipient of WWF-PATA Bagh Mitra Award-2014, explained the ongoing programs for the conservation of endangered species. Excerpts:

The TrickyScribe: Zoos form the backbone of conservation and breeding programs besides serving as conservation-education hubs particularly in wake of climate change.  How far do you agree that there is a need to elucidate or illustrate a need for conserving our biodiversity in India?

Nand Kishore: India accounts for over seven percent of the world’s recorded species, thousands of animals and nearly half of the world’s aquatic life. Conserving biodiversity is of global significance.

While remaining attractive places for recreation, zoos contribute to wildlife conservation.  It is apparent that the major contribution comes through ex situ actions like education programs and captive breeding and effective management of wildlife. Zoos are getting more involved with in situ conservation these days, predominantly through recovery programs for endangered species in cooperation with government authorities and local communities.

The TrickyScribe: Gharials are endangered in India. Patna zoo holds prominence when it comes to Gharial breeding and has Gharial reserves in the country.  Share some vitals of the captive breeding?

Nand Kishore: Gharial is listed as a ‘Critically Endangered’ species in the International Union for Conservation of Nature (IUCN) red list and falls under ‘Schedule-I’ of Indian Wildlife (Protection) Act. The same can be attributed to the destruction of their habitat. Increasing use of riverbanks for agriculture is a widespread problem throughout the gharial habitat along river Ganga.

Gharials are very shy and wary animals; human interference and livestock grazing disturb gharials in activities like nesting and basketing. Pollution and siltation of rivers are damaging fish stocks upon which gharial depend.

Gharials are hardy creatures, not delicate ones. All they need is an environment suitable for captive breeding and restocking. Like habitat suitability, adequacy of fish stock, minimal conflict with humans and adequate perennial water level.

The TrickyScribe:  Patna zoo has surplus Gharials, do you release them in the wild?

Nand Kishore: Gharials are released in the river basins in case they are found fit for survival. As many as 12 captive-bred crocodiles were released in the Gandak river near Valmiki Tiger Reserve in Bihar in 2015. The progress of conservation breeding and their eventual release is appreciable.

The TrickyScribe: There has been much noise about the arrival of four new species including Nile Crocodile, Green Anaconda, Royal Python and Rhino Iguana (one male and two females) from Copenhagen Zoo, Denmark that are being bartered against eight Gharials (one male and seven females).  What is the status? What arrangements are being made for the survival and longevity of the new inmates?

Nand Kishore: Patna zoo has completed the required paper work needed for this exchange. Danish Government is yet to provide the import license for transference of the said animals. We will have them here in the near future.

Denmark has cold and temperate climate with significant rainfalls. The Indian climate is similar too. The new inmates, therefore, will get acclimatized soon. Thorough examination of their metabolism will be done in accordance with the standard operating procedure. That apart, nutrition levels, aliments and other routine-checkups will also be done.

The TrickyScribe: Pollution has reached to the cells of humans in several forms. How far the penetration of pollution is visible on the animals residing in zoos?

Nand Kishore: Zoo has sufficient greenery with large trees having canopy, small plants and shrubs.  Pollution has no visible effects on the wildlife forms here.

The TrickyScribe: Inundation from Chitwan National Park brings along several animals every year during the flood seasons. What is the rescue procedure for them?

Nand Kishore: No rescue is done in the initial phases. The authorities, however, keep an eye on these animals. They get settled on their own. In case they get involved with the humans, we have to conduct the rescue and rehabilitation maneuvers. They are then brought to reserve centres to safeguard their life.

The TrickyScribe: Airport Authority of India, Patna, has recently pruned the tree on the runway. Do we have an alternative for the reduction of this greenery from Patna belt?

Nand Kishore: The runway of Patna airport is one of the shortest in the country. The trees, if not pruned, will make it unfit for larger aircraft. Flights used Phulwari-side earlier that was significantly short. It was needed to increase the tarmac-length for the safety of air passengers.

We are working on the fresh landscaping of the zoo to compensate for the same. Plantation of small plants and shrubs can also help us compensate the loss of green cover.